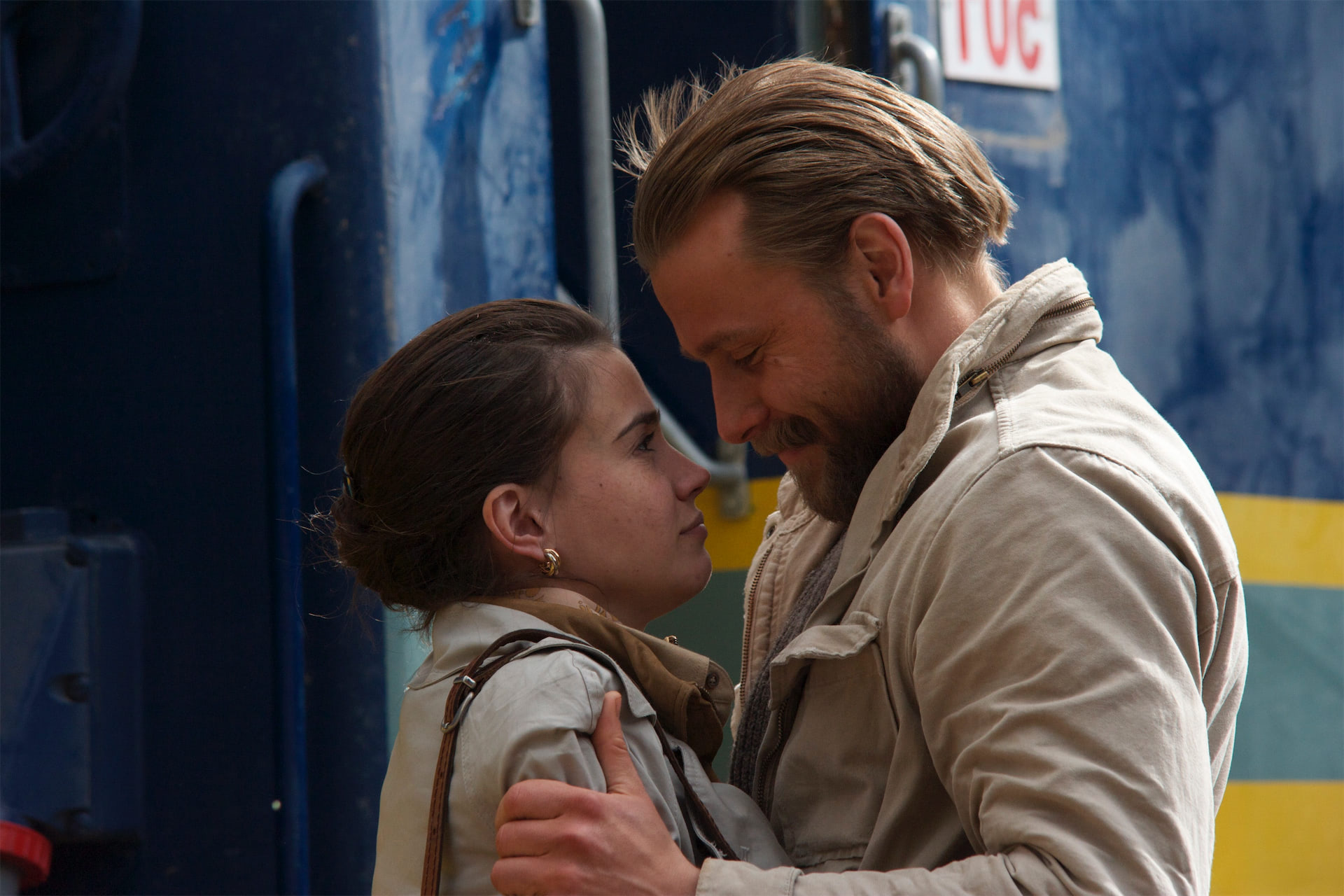 Sulamit, the daughter of German-Jewish emigrants from Germany, grows up in Buenos Aires in the fifties. Between her and Friedrich, the German boy living next door whose parents escaped to Argentina after the war, a deep intimacy and kinship develops. When Friedrich realizes that his father was an SS Lieutenant Colonel in Nazi Germany, he breaks off all contact with his family and goes to Germany to study. Sulamit follows him a few years later. Friedrich takes an active part in the German protest movement of May ’68. Gradually, his whole life centers on his political commitment. His desperate efforts to repair the damage that’s been done leave no room for a love relationship. He finally leaves Germany to join an Argentinian guerilla movement. His very first military action leads to his arrest. Sulamit remains in Germany, gets her master’s degree and  works as a translator. She starts a relationship with Michael, a man who loves her and supports her with her career. But to her, he is more of a father figure and not the great love of her life. Sulamit visits Friedrich in a remote jail in Argentina, but he suppresses his feelings. Sulamit returns to Germany. When the dictatorship in Argentina finally falls, Friedrich is set free. He remains in Patagonia, living near an indigenous Mapuche settlement. Sulamit, now 43, once again travels to Argentina to meet Friedrich. This time, their encounter is about to take a different turn.

Jeanine Meerapfel weaves a broad historical and political narrative tapestry across two continents. Max Riemelt and above all the Argentinean top star Celeste Cid carry the characters across decades with aplomb. Especially the shots from Buenos Aires in the 50s are captivating in their elegance. The filmmaker skilfully poses the question of how the successor generations of the perpetrators can deal with the burden of the past. This is interwoven with a love that knows no origin or past.

Jeanine Meerapfel has courageously reviewed a transnationally important era and interwoven it with a graceful love story because she hopes to reach the generation of grandchildren in this way.

“Everything private is political” was one of the disastrous slogans of the 1968 movement. And yet, in student-movement times, there were real, deeper love stories that could not be pressed into ideological categories. Jeanine Meerapfel tells such a story – with a wonderful sense for the unavoidable difference between great feelings and political radicalisation. A bravura piece that by no means just adds another chapter, but tells the story of the worldwide rebellion from a very personal perspective, namely from the point of view of an Argentinean with a German past…..
…The German Friend is certainly a political film, but not one that carries dogmas or slogans in front of it. Jeanine Meerapfel leaves room for contradictions and different points of view. She directs the viewer’s gaze to significant details, takes time for moods and lets the camera go on enquiring, explorative journeys; a single shot, for example, is enough for her to make the character of the Argentine dictatorship tangible to the senses….. Even more than the political, the private comes into its own. And so the making of the film – the soft, cautious, sensitive perspective – forms a successful counterpoint to Friedrich’s political hardening. It becomes apparent early on that this is going to be a great love film. And that is because it is not only about love.
Rated especially valuable: Kino Zeit

A bridge connects Argentina and Germany. A bridge made of stories that tell of immigration, memory and identity. And of love. J.M.’s new film takes the viewer on a journey into the past, where we walk across this bridge again and again…