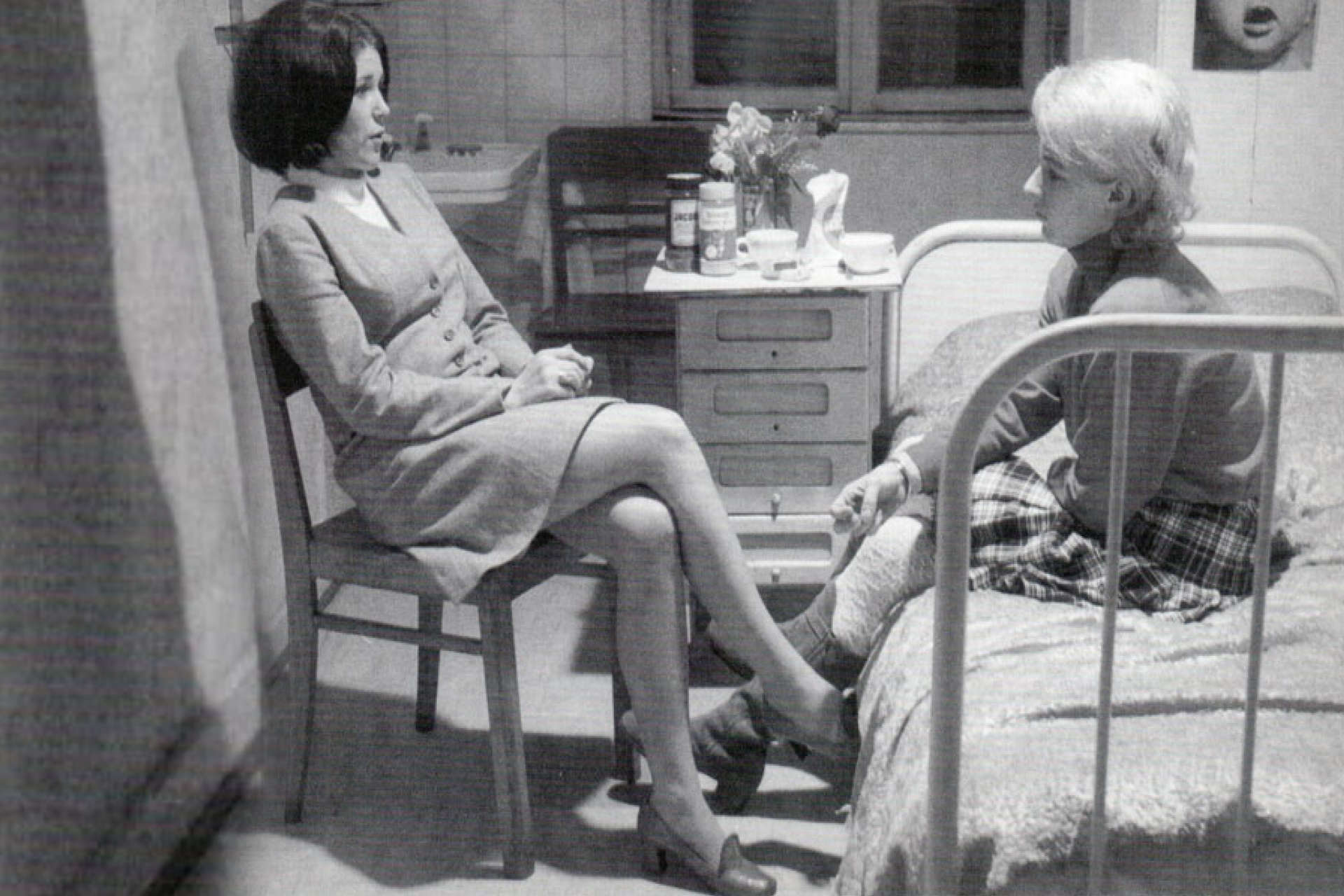 History of the film

Under the working title “In Search of Happiness”, a screenplay was written by Reinhard Kahn and Michel Leiner in 1967, in which people from all social classes appear. This script was awarded project funding by the “Young German Film” curatorship in 1968. After some experience with the collective working method at the Ulm Institute for Film Design, the scriptwriters decided – when the first instalment of funding was transferred – to realise the film together with other fellow students. The collective, consisting of seven film students and a former secretary, moved to Frankfurt am Main at the turn of 1968/69, rented a house in the Westend, called themselves “Epplwoi Motion Pictures” and began shooting. Only the funds from the project funding were available to finance them. The collective divided into two teams. For their work they chose a semi-documentary method, filmed on original locations and used only Lay people as actors who had the same professions as the characters in the script.
When the money ran out and the collective disbanded in 1970, “Zwickel auf Bizyckel”, was only available as a working copy. After this film had lain dormant for 28 years as an edited copy, it was reworked again by Reinhard Kahn in 1996/97 until it was finally shown publicly for the first time in 1997.

A section of the lives of two people, Doris and Robert, who do not meet in the film, is narrated. Doris, a kindergarten teacher, is supposed to take a four-year-old child to his parents in Africa. (Doris: “I want to see foreign countries, negroes, lions and palm trees – in films you can always feel it blowing, the desert wind, the warm one…”).
Robert, a cross-eyed construction worker, thinks he can solve his other problems by having an eye operation. But it is not quite like that.

“…’Zwickel auf Bizyckel’ to call it a laugh success would be to reduce it to the most popular of its qualities; at least as crucial to the wonder that this little film represents today are its excellent black-and-white photography, its documentary aspects (cinema as a perfect time machine) and, above all, of course, its invented characters, portrayed by amateurs, could not be more true. The two parallel stories of Doris, the sloppy kindergarten teacher, and Robert, the cross-eyed labourer, seem as if Jim Jarmusch had staged a script by Achternbusch with people from the street. “What else could I buy for my kitchen?” asks Doris at the end, and the ensuing dialogue between her and her friend, whether gas or electric cooker, must rank among the most grandiose Dada film dialogues since Karl Valentin…”