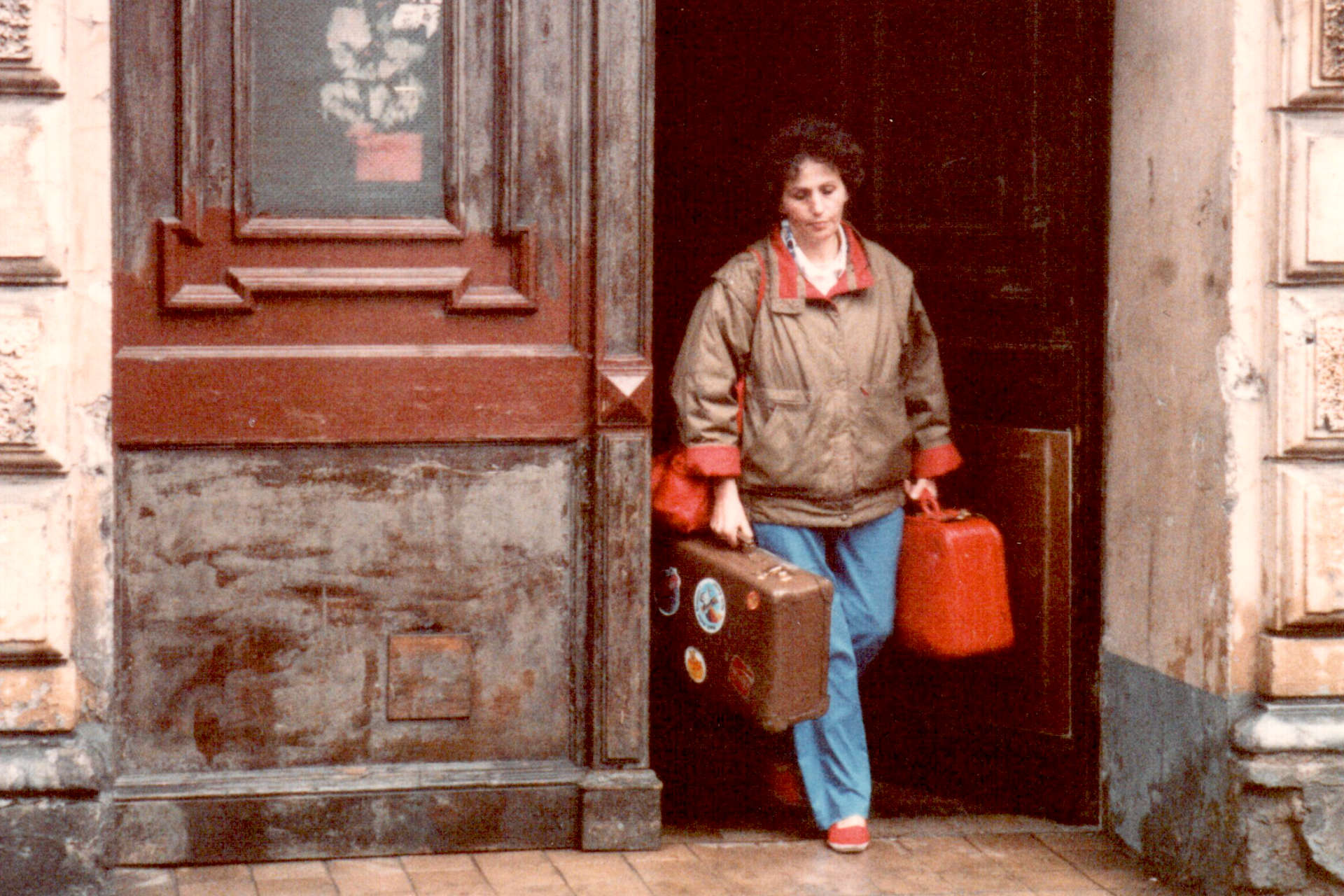 The real life of one Turkish immigrant tells more than statistics and the worn-out slogans about foreigner-politics in West-Berlin. The film depicts some facts about the life and the destiny of Melek, a 38 years old Turkish woman, who decides to go back to her home country after 14 years of living and working in Berlin.
It’s the portrait of an unusual person, a woman with quite a lot of chuzpeh and a strong will to survive. She forces us to reconsider the stereotyped idea we commonly have about a “typical” Turkish woman.
It’s impossible to classify Melek into one-sided categories. And the same happens to the film about Melek: it’s a documentary but also a fiction, a collection of images and associations about her Istanbul dreams and her Berlin experiences.
Melek leaves is an attempt to describe the invisible wounds that have marked a “Gastarbeiterin”, a migrant worker, after 14 years in West Germany.

“But never before has this topic – despite numerous cinematic efforts to do so – been presented in such a completely unsentimental and yet subtly nuanced way. Here, no wordy accusations are made like wooden hammers; here, affectionate, sharp-eyed and thoughtful observations are enough to make one concerned, angry, to incite one to overcome one’s own helplessness, coupled with a head-turning guilty conscience. Melek leaves – this is cinema of provocation, anger and tension.”

“For me, this was one of this year’s best Berlinale films because it achieves and moves more than many words, reports or discussions.”

“In this way, she succeeds in evoking new, surprising images and sounds from a subject that seems to be used up today.”