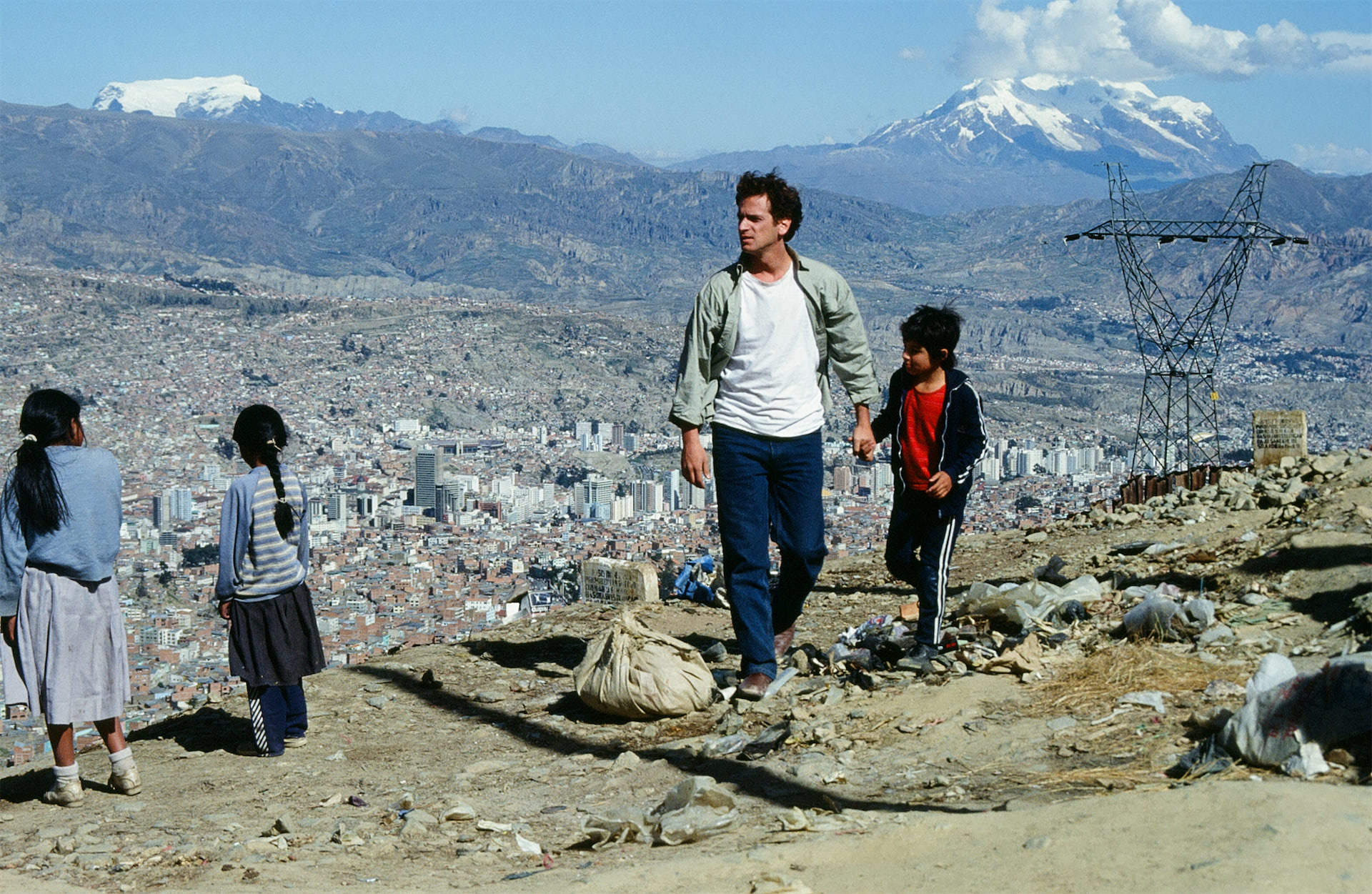 Amigomío tells of the relationship between a young father and his son. It is also about the repeated rootlessness and the quest of an Argentinian man of german-jewish origins, for the possibility of a latin-american identity. Carlos Löwenthal is almost 30 and is an unemployed academic.
In the Thirties, his parents had to leave Europe into exile – now history repeats itself within him.
Their fate is that of many thousands in the world today; emigrants, who have to leave their home countries for economical or political reasons. Carlos and his wife Negra have split up recently. Just as Negra and Carlos can come together again, Negra is suddenly abducted and both father and son have to leave the country. Now, Carlos and Amigomío are getting to know each other better. They begin a strange journey to Ecuador through different Latin American countries, meet peculiar people, take dilapidated trains and busses, roam through the Andes and reach Quito where they have to start a new life. Carlos misses his country and Negra. Amigomío, not being burdened by memories, is able to adjust much better and becomes a Quito kid. He wants to be Ecuadorian, but his father wants to remain Argentinian. The conflict is unavoidable.

„Amigomío, like most good films, is about several things at the same time. One of them is a dramatic environment. The obvious thing the American continent offers writers and film-makers, in both its northern and southern versions, is the land itself, all that space, all that scenery… Amigomío, set in the Proceso years, is a story about flight, a young man and his small son fleeing from Buenos Aires across Argentina, its northern provinces, across the border into Bolivia and on through Perú to Ecuador. What they encounter along the way, seen through the windows of trains and buses, is deserts and snow-capped mountains, strange mountain people and a strange mountain sickness. All filmed in a matter-of-fact documentary style that enhances rather than detracts from the inherent strangeness…. Not the least of the film’s merits is to have maintained narrative flow against a constantly changing background. This is done through the realationship between Carlos and Amigomío. Carlos, more aware of the dangers, always looking for a prudent way out of trouble. Teaching his son all he knows the best way he can, the ways fathers do. And Amigomío, with his child’s daring and child’s ignorance… If most new local films were up to this standard, we’d be talking about an Argentine renaissance.”