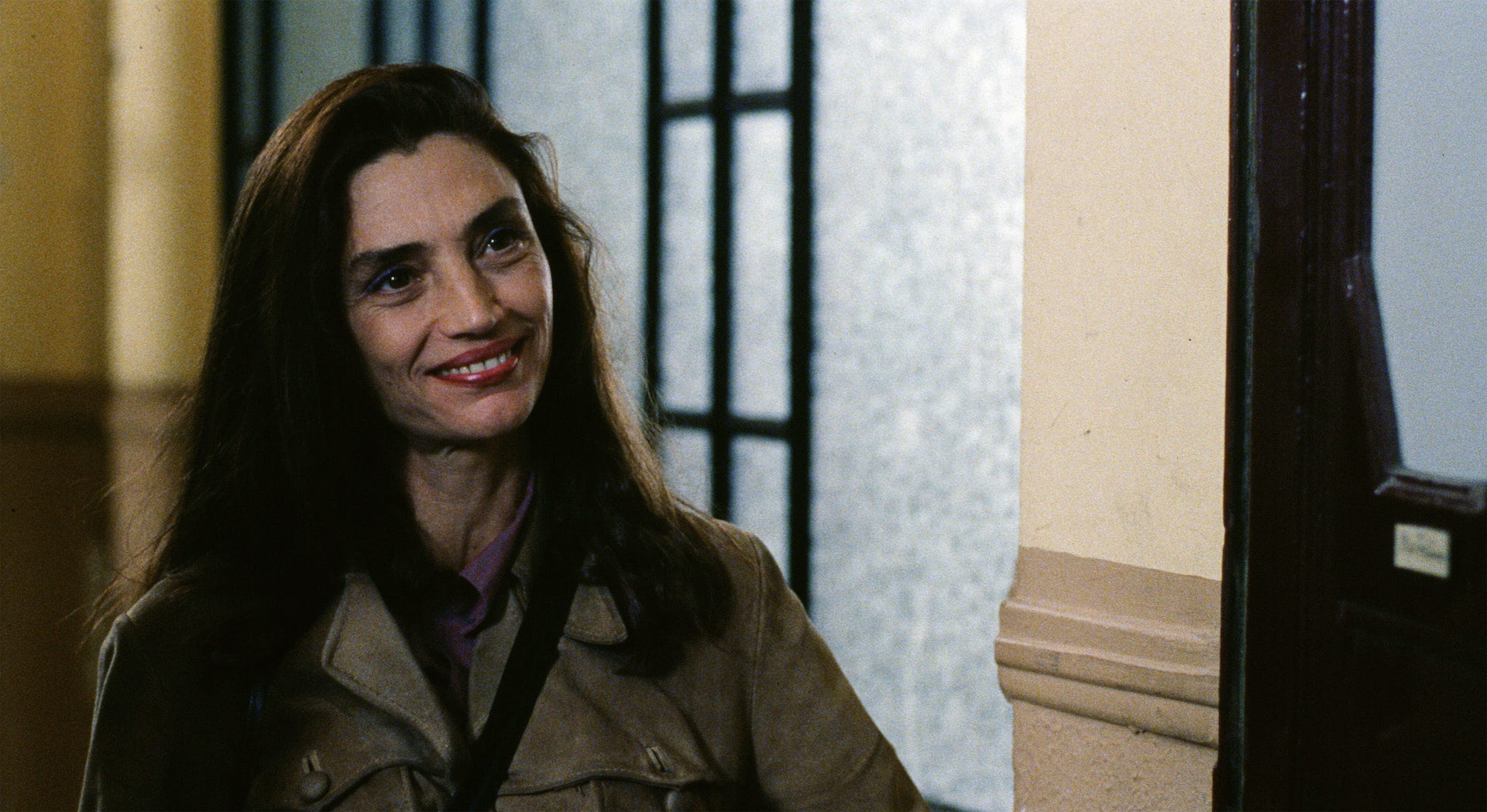 Anna Kastelano is packing up the home that had belonged to her family on a Greek island. She is considering putting it up for sale. However, in these familiar surroundings, she is revisited by memories of her own past and that of her Sephardic-Jewish family. Anna has not yet got over the death of her husband Max. She spends the summer on the island, which has become her second home, trying to come to terms with her solitude. For the first time, she opens the family’s iron chest. Memories and ghosts rise up, with whom she cooks, dances and picks figs. She finds old telegrams relating to the fate of her grandmother Anna. She also discovers the diary of another Anna, her father’s first love. But the present also makes itself felt. Anna meets Nikola. Her relationship with him and the feelings she is experiencing intermingle with her mourning and the moving discoveries about her family.

“Anna’s Summer is a lighthearted film about time – time remembered, time passing (just as we sit in the cinema and watch the forces of time at work) and, consequently, the end of time – death. Jeanine Meerapfel has managed the impossible: a wondrously light film about loss and gain, about love lost and gained, about the one in the other. The sensuality of her film language – glowing Greek island, warmth in the blue night, the presence of objects, life in the edible, south and north (Berlin) – is uniquely conveyed through Angela Molina’s acting. Beautiful in ageing, fragile in loving, a dramaturgically skilfully threaded universal (feminine) gaze that enchants everything it touches. One association naturally gives birth to the next: those who love, love beyond death. The traces of this love transform every place and yourself – this game of life has to be learned (and the film builds a labyrinth whose colours, shapes and almost palpable smells you have to surrender to): it is mourning work as life work. Last things that become first steps.
You can feel all this inside you – and at the same time take in the promise of the title quite freely: to spend a summer time with a light and heavy heart. A deliciously light film about farewell and death! A film against fear.”

The kind of peacefully contemplative arthouse item that’s become more the exception than the rule, “Anna’s Summer” stars Angela Molina as a 50-year-old photojournalist who welcomes the friendly spirits of her Sephardic-Jewish ancestors to the family home she’s inherited on a spectacular Greek island. Pic may be limited in contempo theatrical world by that very same trait but will resonate on the fest circuit, be welcomed by distribs who know their upscale auds and embraced in ancillary, “Go away, ghosts,” says Anna Kastelano (Molina) as she throws open her bedroom shutters to the sparkling Aegean Sea. But the spirits aren’t so easily dismissed. Her recently deceased companion of some 30 years, Max (Herbert Knaup), still spends a lot of time with her, as does her father Leon — who, it turns out, had a young lover named Anna. She even learns a bit of the mysterious circumstances surrounding her grandmother’s murder at Auschwitz. In between these daydreams and her spells of regional cooking, she finds time to develop a tentative relationship with laborer Nikola (Agis Emmanouil), who yearns to leave the island for the lures of the city. As Anna wrestles with the decision to sell the grand house, the past and present intertwine with benevolent fluidity. Writer-director Jeanine Meerapfel exhibits a sure hand with the delicate business of bringing long-departed ancestors back to life, stripping the process of all gimmickry and sensationalism while gently subverting tenets of woman’s melodrama. Molina becomes more beautiful as time and pic progress. Tech credits are clean and lovely, with camera of d.p. Andreas Sinanos (who shot Theo Angelopoulos’ Cannes-winning “Eternity and a Day”) caressing the region’s rugged, sun-drenched beauty. Camera (color), Andreas Sinanos; editor, Bernd Euscher; music, Floros Floridis; art directors, Alexander Scherer, Dora Lelouda; costume designer, Julia Stavridou; sound (Dolby Stereo), Eva Valino; assistant directors, Tom Schreiber, Panayotis Portokalakis. Reviewed at Montreal Film Festival (World Cinema: Reflections of Our Time), Aug. 29, 2001. Running time: 103 MIN.