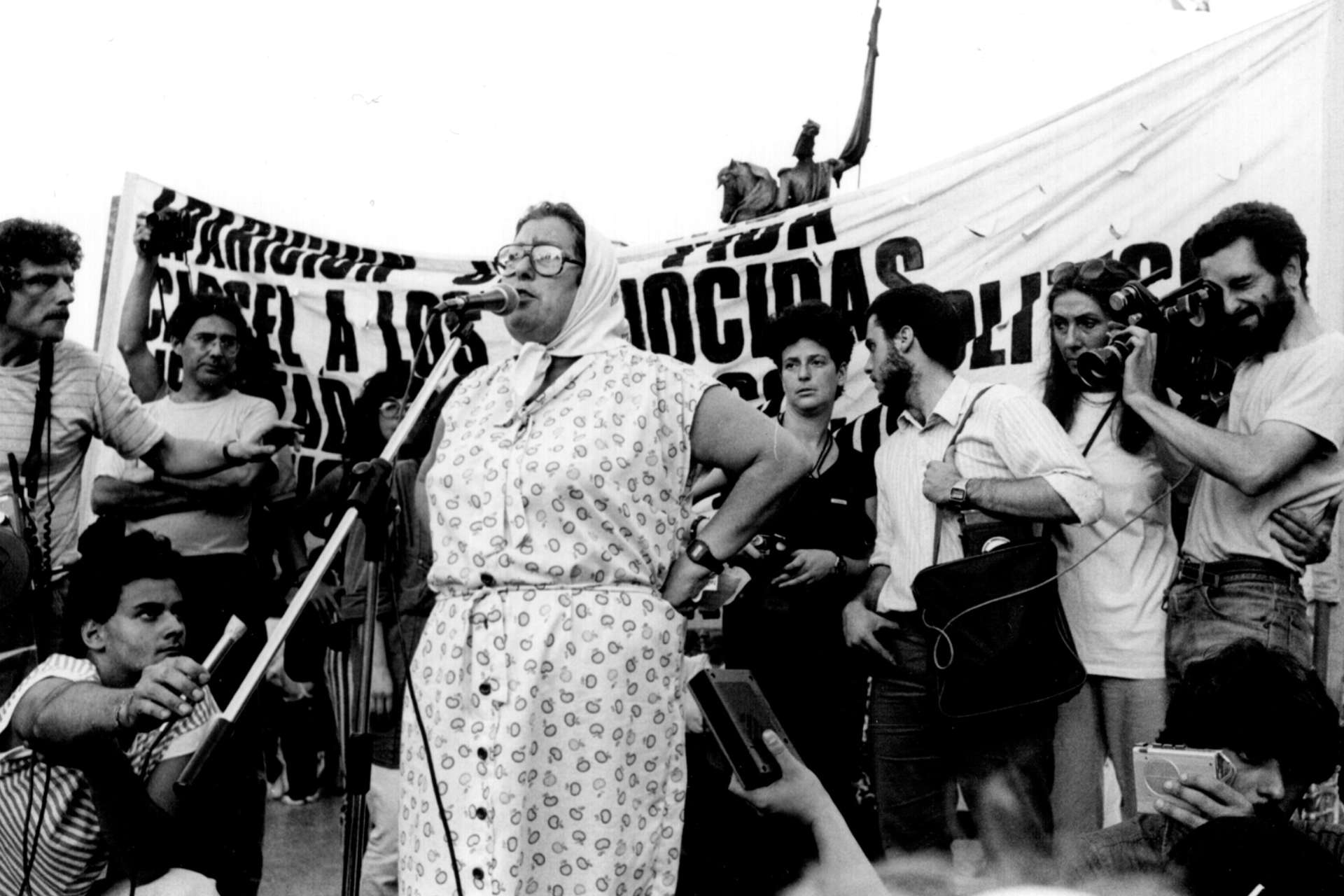 Between 1976 and 1982 thousand citizens were kidnapped, tortured and killed in Argentina. How do Argentinians cope with this tragedy? How do they elaborate their recent past?
In 1986, Jeanine Meerapfel directed a film workshop in Buenos Aires, organized by the local Goethe-Institute. Three groups of students were to shoot their own scripts. The given theme was fear and the students’ scripts reflected the fright that remained in Argentina after the military dictatorship: fear or repression, torture, exile… but mainly the fear that all that had happened could be forgotten.
During the workshop, questions and doubts came up. Why remember? Is it necessary to revive the past over and over again? What can cinema do against crimes and violations of human rights? Questions about the utility of aesthetics and fiction confronted with the reality in the streets of Buenos Aires.

“Jeanine Meerapfel’s productive contribution, which is well worth seeing, captivates argumentatively above all through the openness of its discourse, with which it relentlessly tackles questions of social identity that move people in their thoughts and actions…”

“The film avoids the hasty, the all too simple and unambiguous position. The attitude always remains clear, but it is not to be imposed, but to be experienced…”