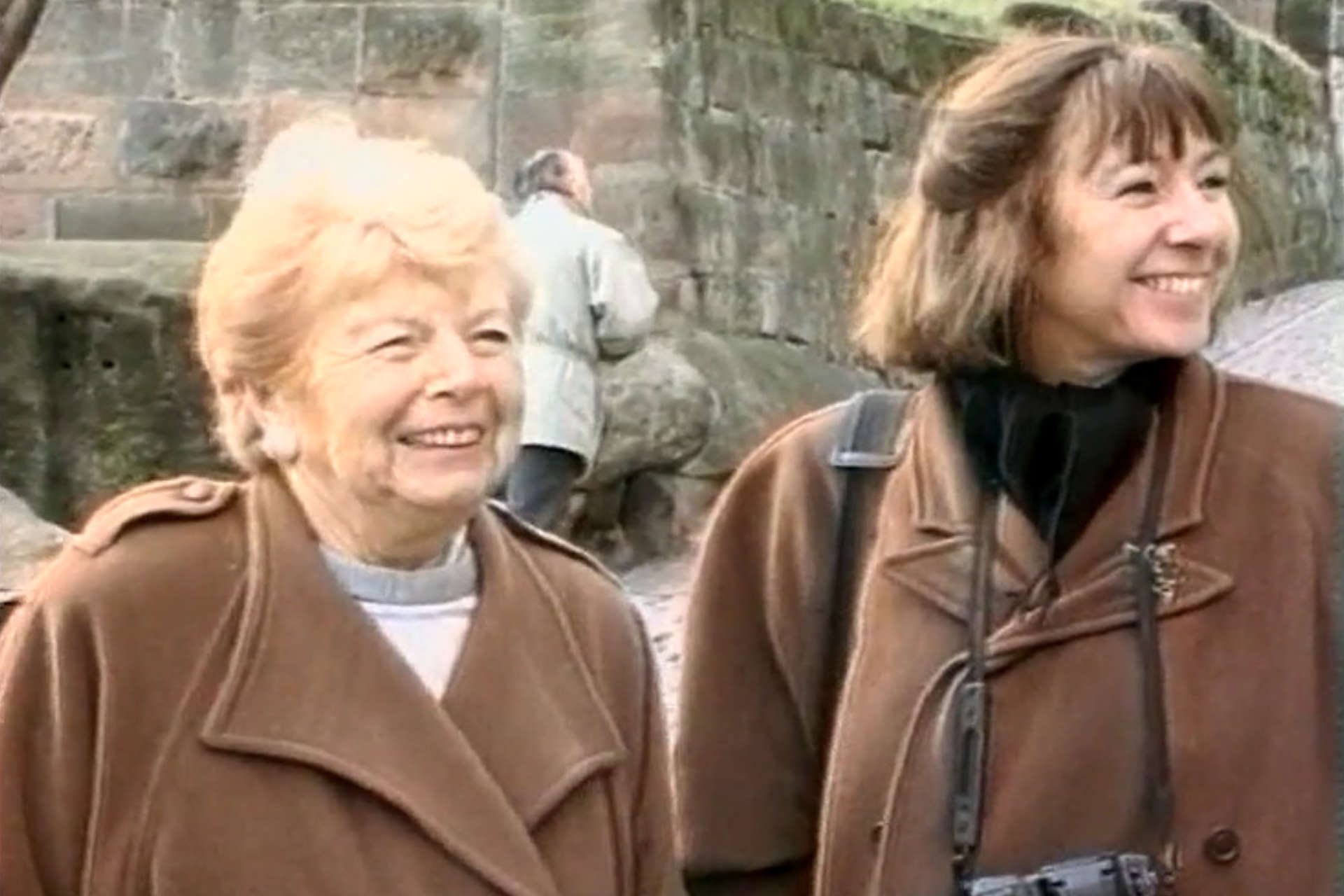 In March 1995, the director Jeanine Meerapfel came to Nuremberg for a film seminar. Also invited was her stepmother Ruth Meerapfel. Ruth Meerapfel spoke eleven languages and was president of the “United Nations Women’s Organization” in Argentina. That alone would have been reason enough for an organization like “Women in One World” to invite her. But Ruth Meerapfel had more in common with Nuremberg. She went to school here, to the Labenwolf Gymnasium, she spent her youth here, and in 1933 she got married in the Nuremberg synagogue on Hans-Sachs-Platz. She was a Nuremberg girl, but she was lost to Nuremberg. Shortly after her marriage she had to flee. After a long dramatic escape via Amsterdam – she lived in the same house as Anne Frank – she finally found a new home in Argentina. There she met her second husband, Jeanine Meerapfel’s father. During her visit to Nuremberg, Ruth Meerapfel visited the places of her childhood and youth. Everyone who was lucky enough to accompany her and listened to her or asked her questions revealed a fascinating, worldly-wise, open woman. She told stories passionately and yet answered even the most relentless questions of the students clearly and soberly. Even then, she made the connection between today’s exclusion of Jews, racism and the awakening of right-wing radicalism. For all her sobriety, however, she did not let her right to her memories be taken away: “Childhood and youth were beautiful, everything else came afterwards.” During the research for “Heimat! Das Filmfestival,” this footage of her visit to Nuremberg surfaced. The cameraman Tom Schreiber accompanied Jeanine and Ruth Meerapfel at the time. It was actually planned to shoot a second part in Argentina, which unfortunately could not be realized, because Ruth Meerapfel died two months after her stay in Nuremberg. “Are You From Nuremberg?” is a unique gem. (Christiane Scheindl)