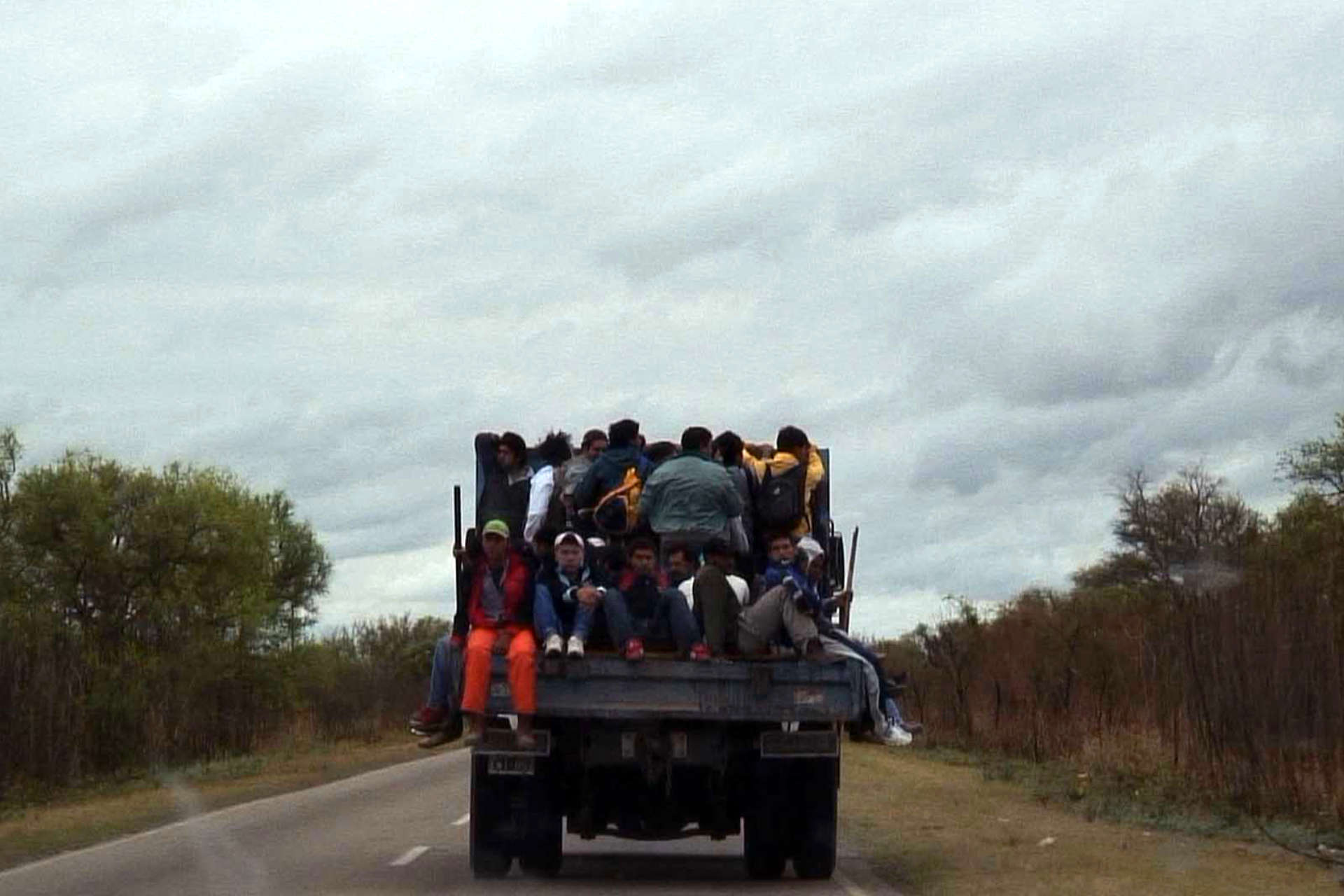 Mosconi is a small town in the North of Argentina, rich with oil and gas.
1993 the state owned enterprise, YPF, that gave work, health care and education to the whole region, was privatised. The unemployment rate climbed to 70 percent, the whole infrastructure system collapsed. The town is an example for what is today understood as the loss of state and politics.
Today, the majority of people living there cannot even afford a bottle of gas (gas is the cheapest energy source in Argentina). Water is only available six hours a day, and then it’s mostly polluted. All public institutions are basically shut down and offer services only sporadically.
The main characters of this film are members of the UTD, the union for unemployed workers in Mosconi. The press calls them „piqueteros“, they call themselves social workers. They have developed creative and unusual strategies of survival and ways of re-establishing the social network, that serve as a model for protest demonstrations throughout the country. This film is about their projects, their beliefs, their attitude towards life. It was shot during the course of a film-workshop organized by the Goethe Institute.