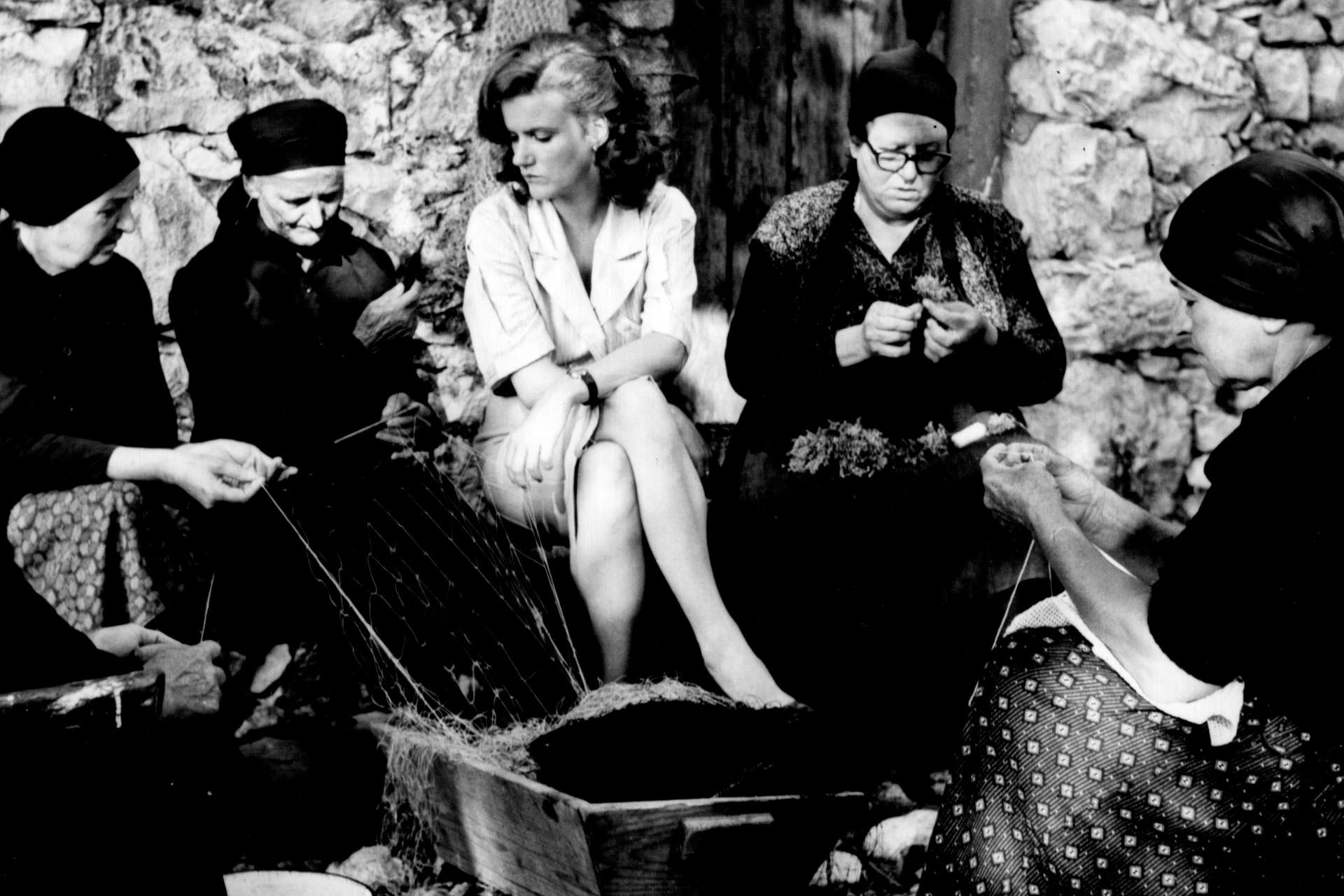 They meet in Yugoslavia. Katharina, daughter of a Yugoslavian immigrant worker, has grown up in the Federal Republic of Germany. She is a confident, energetic career woman who has managed to work her way up to become a successful television journalist. She goes to visit her parent’s country, to do a story about the children of immigrant workers in their home country. Although she says she doesn’t need a “home” anymore, even she feels strange in her own country.
Peter is a rather “untypical” sort of man: a dreamer, a thinker. He has given up his steady job as a composer for advertising films and is divorced. He goes to Yugoslavia to find something out about the past. He travels to the places where his father was stationed during the Second World War.
The love affair between Katharina and Peter follows none of the usual rules of the game. They are both far too preoccupied with themselves and their role reversal is too jarring, too extreme. Men like Peter have been taught by women to take their emotions more seriously; women like Katharina have developed a thick skin as a result of their profession and working in a man’s world. Here is a woman who wants to make a man hers as swiftly as possible, and a man who tends to hold back, to hesitate.
The three days they spend together are full of constant confrontations with history and with their pasts; Katharina with her repressed identity complex about whether she is Yugoslavian or German, and Peter with his guilt complex about his father’s Nazi past.
Together they visit the village where Katharina’s mother lives. The family thinks the two of them are engaged, and the couple play them along. During a bus journey through Montenegro with no particular destination, the two continue their search for themselves: they discover each other, fall in love and sense that it could develop into more than just an affair. Each of them is prepared to get closer to the other…

“… the honest confrontation pleases as much as Jeanine Meerapfel’s sure eye for details, for people, for faces, for landscapes.”

“This film is worth watching and talking about!”

“… this intelligent and romantic drama…”